Microsoft have released Exchange 2013 Preview and this first blog post based on a series for Exchange 2013 helps install it. I will over the next few weeks be releasing many blogs posts focusing on the features within the Preview and what it means for the future of Exchange as well as giving insight into how to configure Exchange 2013 with the existing features we all know and love.

I have created an Exchange 2013 Preview lab where I will be blogging about the new features and ways of management in this preview release.

For information my lab consists of a single HyperV virtual machine running both as a Domain Controller and a combined role Exchange 2013 Preview server.

First of all please see this Technet (http://technet.microsoft.com/en-us/library/bb691354(v=exchg.150)) article for configuring your Windows 2012 or Windows 2008 R2 server. For setup simplicities sake I have gone with Windows 2008 R2, and I have chosen Enterprise, so I can create a DAG.

The actual download location to Exchange 2013 Preview is here: http://technet.microsoft.com/en-us/evalcenter/hh973395.aspx

Windows 2008 R2 additional files needed and step are noted below: 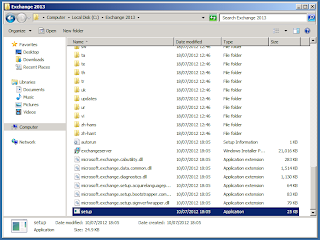 Run the Setup.exe, providing you have correctly installed the pre-reqs setup will run 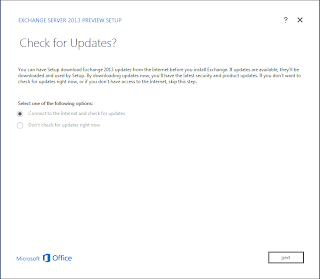 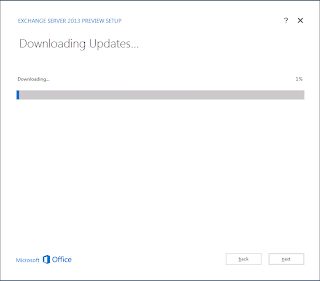 Exchange 2013 Preview will then copy files locally just like previous versions of Exchange (check temp folders to see) and then we are ready to begin. 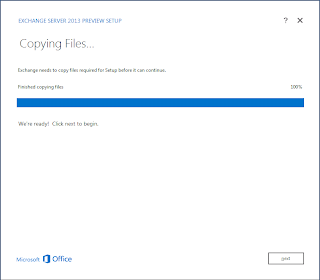 Note you can choose at this point to check out ExDeploy which supports Exchange 2013. 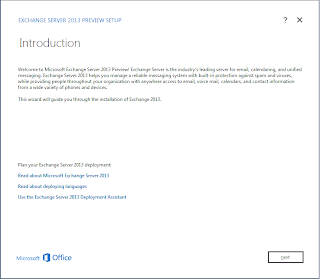 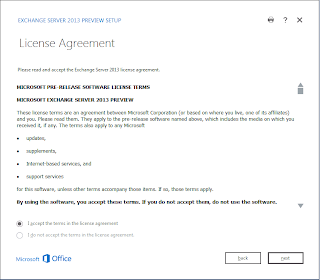 I selected to turn on error reporting. I never do this in a production environment unless deemed necessary but as this is a preview I am sure Microsoft welcome any reports sent home 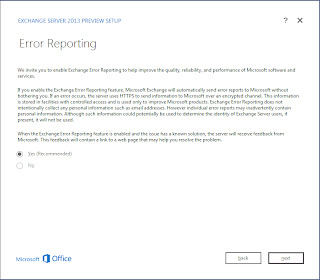 I selected here to choose an all in one server, this includes both the Mailbox and Client Access roles. If you are separating roles note the pre-reqs
for role install in the above Technet article I linked to. 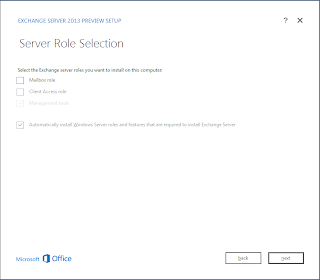 This is so far all pretty standard stuff! Select your install location 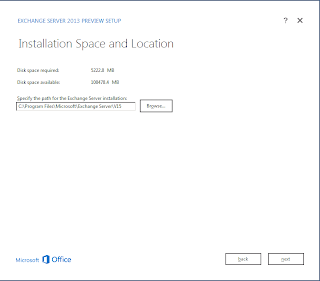 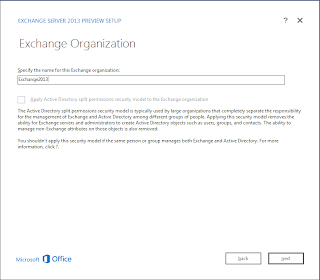 Exchange 2013 Preview offers a default level of anti-malware scanning. This is a welcome addition to the latest version of Exchange server. I selected to enable it. 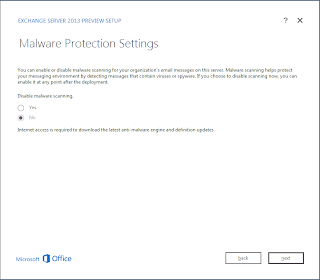 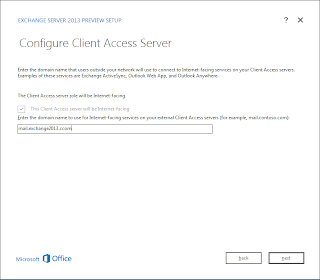 I selected to join the Customer Experience Improvement Program 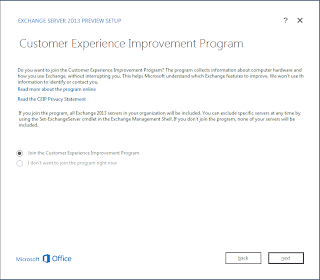 Exchange 2013 will then perform readiness checks 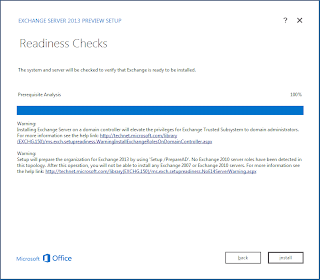 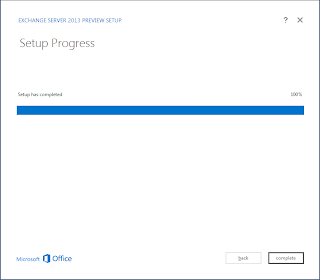 And that’s it! The install has completed. So lets look in the Start Menu under Programs… 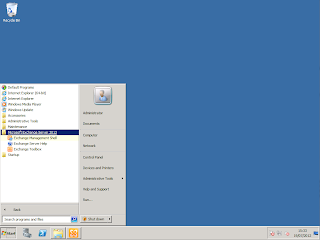 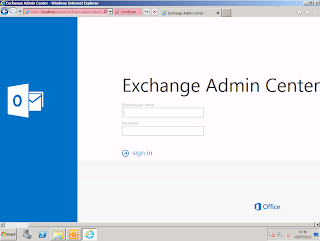 Let’s login. We can see the entire management UI interface is now within the EAC – the Exchange Management Console now no longer exists. It is now an entirely HTML based UI experience or of course Powershell is still supported. 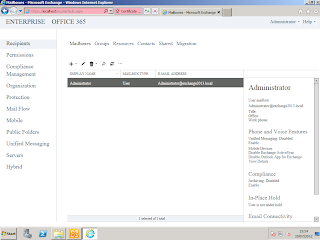 Please look out my next Blog posts which will be released in the next 7 days. I will cover:

Posted by Oliver Moazzezi at 5:59 pm

Funny how your Owa rending isn't as smooth as mine... might be a brower compatibility issue?

On Windows Server 2012 RC :)
Funny by the way how Owa looks different on mine. Might be a browser compatibility issue...

I was using IE8 or 9. I must admit it looks a whole lot better in an html5 compatible browser.

Hi there, did you ever managed to do a tutorial or more info on hosted exchange 2013 ? if so, please advise, my mail is junior @ infostore dot net dot br thank you

hi there, did you ever managed to do a hosted exchange 2013 article, info or tutorial? if so, please kindly mail me at junior AT infostore DOT net DOT br with the link. thank you!

I haven't actually posted about multi-tenancy for Exchange 2013 - is this something you would like to see?