A strange issue happened recently with Lync 2013 LHPv2 (Lync Online – Lync Hosting Pack) – however it also appeared to affect Lync 2010 and Lync 2013 Standard and Enterprise editions also after going through all questions on the internet around it and no apparent resolution.

I was getting this error upon trying to publish the Topology as shown here: 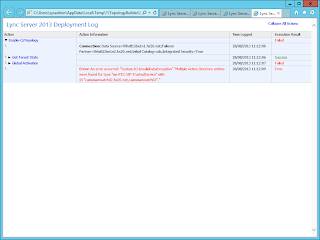 If I tried to remove the Trusted Application from the Topology Builder and re-publish I still got: 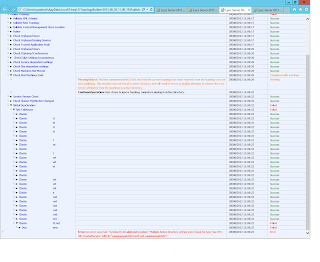 And using Remove-CsTrustedApplication prior to removing the Trusted Service from the Topology gave me the same error too: 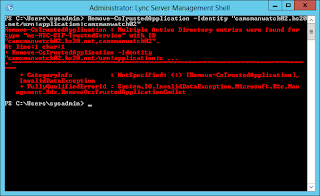 Browsing to a Domain Controller and going to Configuration Container | Services | RTC Service | Trusted Services, I could see multiple entries for the Trusted Application Server – backing up the error both from the shell and when trying to publish the Topology. 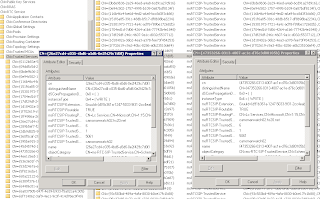 So to resolve the issue I needed to ensure just the one was present. This would allow me to fix the issue but alas doesn't tell me why the hell I had this issue in the first place – seemingly 2 weeks after the Trusted Application Server was published into the Topology - a Lync Watcher node in this case.

Being wary of removing the duplicate – and also worried the GUID may very well be linked back to the XDS database, I simply renamed one – allowing me to easily test, with a fail back by renaming it back to it's previous state. 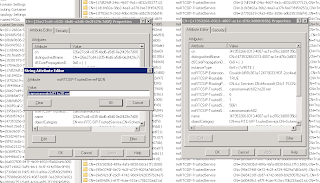 So did this resolve the issue? I tried using Remove-CsTrustedApplication again: 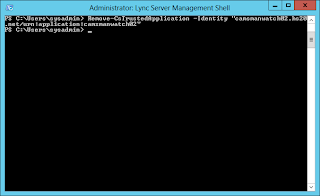 And bingo it removed it.

So I remove the Trusted application, publish the Topology and..

Bingo. It fixed the issue. 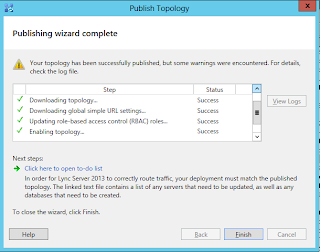 Lets get back there, confirm the remaining object that was not renamed is removed, and then let's remove the renamed duplicate.

I refreshed the view and confirmed the un-altered object was indeed deleted. I then simply deleted the renamed duplicate: 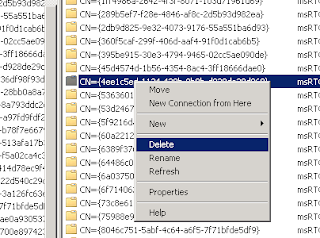 In all instances when dealing with this issue, make sure you have backups of your Lync Topology and back up Active Directory prior to making these kind of hard deletes.

I hope this helps all people with this issue and there's finally a how-to now on the Internet for it.

Posted by Oliver Moazzezi at 12:57 pm

Thanks Bro we tested the same its perfectly working fine. Its fixed for my case.

Glad to help - thanks