The MSExchangeTeam.com have pointed out the following highlights:

Posted by Daniel Noakes at 4:40 pm No comments:

I’m hooked on Windows Mobile and Twitter, the mobile browser interface wasn’t working well for me so I started looking at the mobile apps available. The best app for me has been Twikini. It’s clean, simple and best of all it makes a bird tweet noise when new updates are received.

It integrates with Twitpic and services like TinyURL. You can add location information using GPS, or by entering a place name. I added my location to tweets the other week and so far I haven’t noticed any new stalkers.

I’m undecided whether to use “Tweet song info” about songs playing in Windows Media, it could generate a lot of updates and be a bit embarrassing when I’m listening Kylie.

If you update multiple Twitter accounts there is a “Switch account” option, which is proving pretty handy especially if you have personal and company accounts to update. 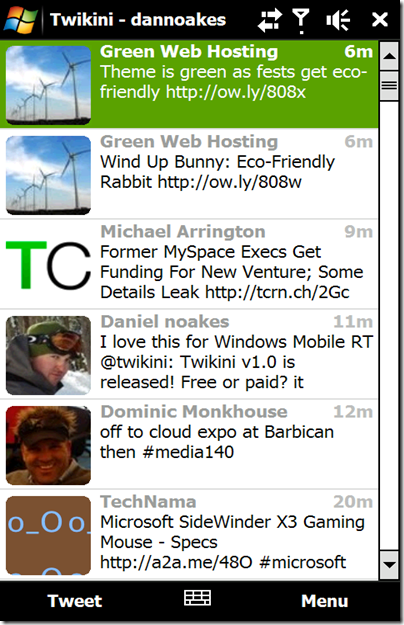 Try it for free from http://www.trinketsoftware.com/Twikini and follow me from your Windows Mobile.

Technorati Tags: Windows Mobile,Twikini,Twitter,Trinket Software
Posted by Daniel Noakes at 9:21 am No comments:

WolframAlpha is now released. It appears to be pretty good at what it does, although I doubt it's a worry to Google at the moment. 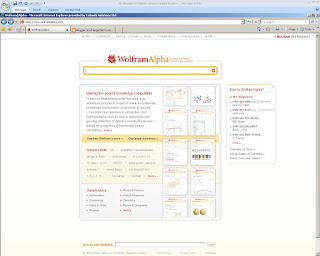 If anyone remembers Spielbergs 'AI', then this will bare a resemblance to Doctor Know, although in less impressive fashion. 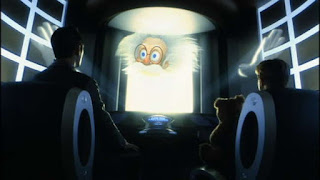 Posted by Oliver Moazzezi at 12:49 pm No comments:

If you want to evaluate the features of Exchange 2007 and OCS 2007 R2, but do not want to install and configure it then try this.

You get 4 pre-configured VM’s that you can run on Hyper-V. Enjoy

If you have downloaded the Exchange Server 2010 Beta or think you might deploy after RTM you can get a head start with the June  2009 webcast series.

Highlights for me will be Federation in Exchange 2010, Archiving and Retention and High Availability.

Full listing are at, http://tinyurl.com/pa239n.

Technorati Tags: Exchange Server 2010,webcast,technet,federation,archive
Posted by Daniel Noakes at 10:44 am No comments:

If you have bought a HTC Magic or HTC Dream you can get a free beta ActiveSync client from http://www.dataviz.com/products/roadsync/android/.

For the security conscious a remote wipe can be initiated from Exchange Server should the device go missing. The beta ends on 30 May 2009

Posted by Daniel Noakes at 11:08 am No comments:

Following my earlier post, check here for more detail on the feature.

Microsoft have announced that Exchange 2007 SP2 will include the ability to backup using Windows 2008 Backup Tool as currently you cannot use this application to backup Exchange.

There has been quite a lot of noise about this as previously the functionality was available with NTBackup on Windows 2003 and it's good to see Microsoft adding the functionality as it's very useful to have this available even if you do have a backup system in place already.

I ran into an interesting problem today which prevented me from installing Exchange 2010 onto 1 out of 4 Hyper-V guest OSes I was setting up. The problem was that the host couldn't find what site it belonged to for some reason. nltest /dsgetsite would return an error "DSGetSiteName failed: Status = 1919 0x77f ERROR_NO_SITENAME" and therefore Exchange setup couldn't pass the prereq checks.

This issue isn't just an E2K10 issue; it goes all the way back to Exchange 2000. See the following KB article for more details: http://support.microsoft.com/kb/264001

Checking the configuration of the OS didn't yield any red flags, and in fact the OS was built and configured from the same sysprep image as the other 3 that were working. IP settings were correct and there was only one virtual NIC assigned to the guest. All other domain related nltest queries worked fine, and the Site settings in AD Sites and Services were all correct.

Before wiping the VM and starting from scratch, I decided to try one more thing. I decided to uninstall the NIC from Device Manager, shut down the OS, use Hyper-V Manager to remove the virtual NIC, and then add a brand new one. It worked! When the OS came up it found the new NIC, and after configuring it with the same settings as the previous incarnation the nltest /dsgetsite command came back with the expected result - my site name!

So if you run into the same issue installing Exchange 2007 or the 2010 beta onto a Hyper-V virtual machine, try removing the NIC and reinstalling - it did the trick in my case. I've only seen this on one VM out of dozens I've installed Exchange on, but I didn't find anyone else via Google that had run into the same issue, so hopefully this post will help somebody out. Cheers!
Posted by Matthew Van Sickler at 11:11 pm No comments:

Thinking of going to 'The Cloud' to save on your Exchange Server infrastructure spend?


I will design a custom solution for you taking into account your needs and my time will be on the house, zero, free - although you're welcome to buy me a beer :-)

Posted by Oliver Moazzezi at 5:38 pm No comments: